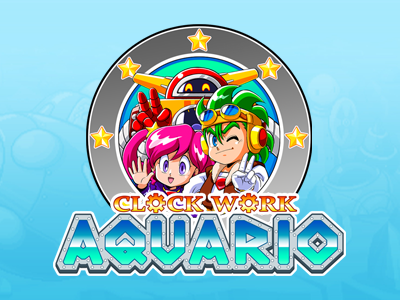 A new collaboration for an authentic sound

Advancing the project is Shinichi Sakamoto (@sintan_jp). True Westone fans know – with him the game will be guaranteed the highest possible authenticity when it comes to sound.
As composer and former member of Westone Bit Entertainment, he already created the great soundtracks for several games of the Wonder Boy series back in the past. Such as:

And he is also the creator of the music of the unreleased Aquario of the Clockwork. We are very happy about the cooperation and we are sure that his contribution as sound producer for Clockwork Aquario will make a great addition to the game.