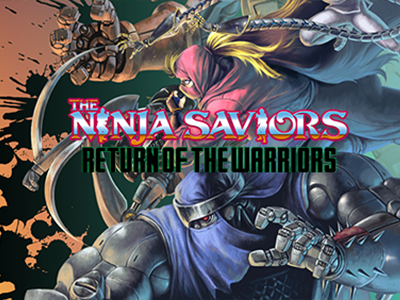 TAITO is back on the Western console market

The reboot of the 16-bit pixel style beat-’em-up action “The Ninja Warriors: Again” marks the start of the cooperation between the legendary game developer studio TAITO and United Games Entertainment for more releases of old and new IPs to follow. This also means the comeback of the pioneer of the Japanese video game industry to the western console market after around a decade.

Thanks to the great work of the original development team, an already outstanding game now gets a new release with “The Ninja Saviors: Return of the Warriors” that is even more improved in every respect.

The visual style of the classic game has been retained, but significantly revised and complemented with new animations.

Also the soundtrack is based on the origins of the game. The legendary sound of Taito’s house band Zuntata contributes to the fun in the new game. Along with the original soundtrack from the arcade machines, there will also be the music from the Super NES version and a completely newly arranged soundtrack on offer.