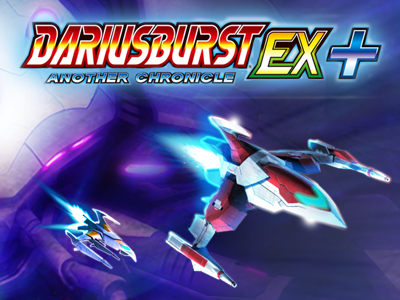 A new Darius EXperience heading to the West

Recently, our label ININ Games together with legendary game developer TAITO proudly announced DariusBurst Another Chronicle EX+. On July 27th, the game will be released both physically and digitally on Nintendo Switch and PlayStation 4 for Europe and North America.

It’s now 10 years since the original version and the original team, which is highly motivated, is still proudly working together on this version. The DariusBurst series started in 2009 on PSP, and was then greatly expanded upon with additional features and improved graphics for the 2010 arcade release. The game is developed by Pyramid Inc. and will not only include features of the arcade version of “Another Chronicle EX”, but there will also be new features like a replay mode and new missions.

One of the series’ most iconic features is the unique oceanic-themed design of enemy bosses – inspired by a mix of Sci-Fi and deep-sea creatures. The magnificent sea-life panorama is enhanced by an equally great soundtrack. TAITO’s in-house sound team Zuntata amplifies the adrenaline-filled atmosphere with powerful beats and emotional tunes.

To learn more about the game, visit https://www.iningames.com/games/dariusburst-another-chronicle-ex/